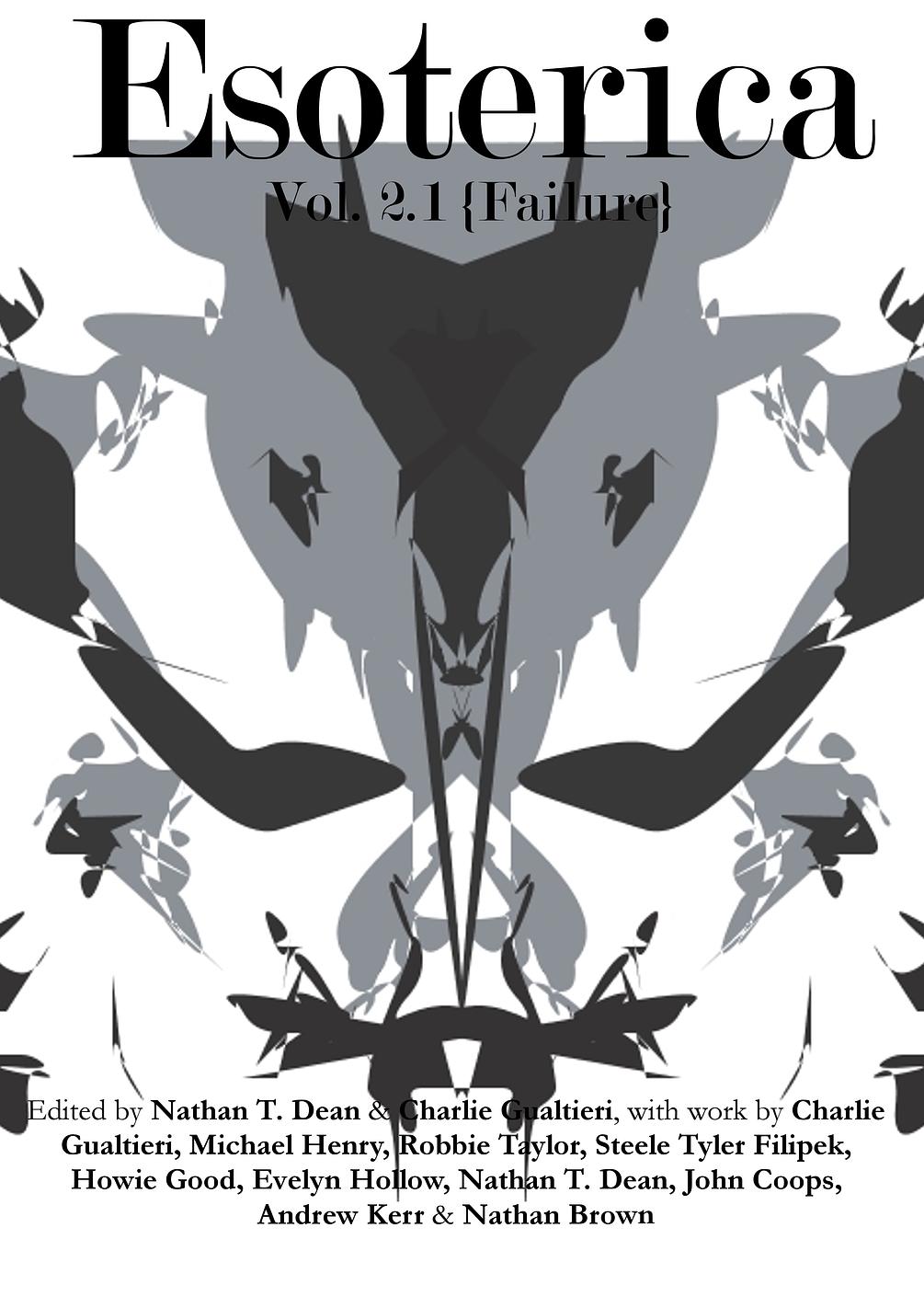 "I failed you. And when you read you, I hope you know it specifically means you.
Esoterica was meant to become a magazine; it did not.
I should have been aware of my mental state; I was not.
I should have written what mattered to me; I did not.
We should have made the world a better place; we did not." - from the Editors Note

Last year, Esoterica was to return as a magazine. We failed at this task. But the world continued to fail us too, with racism, homophobia, violence, harassment, hate. So we have returned, in the flavour we had before, with our new co-editor Charlie Gualtieri, to combat the iniquities of the world, with Esoterica.

From colonisation ships to abstract prosody; from portraits of the editor to starving oil painters. This is an issue of failure, as we begin to succeed again.

This issue comes with four individual covers, each styled to the colour schemes of those who failed us: Breitbart, Weinstein, Trump, The Tories. Pick your poison. Pick your failure. Collect your Esoterica.

See it in your library

View in Library
Sorry, this item is not available in your location.
Sold out, please go back and pick another option.

Your purchase was successful!

We charged your card and sent you a receipt

Good news! Since you already have a Gumroad account, it's also been added to your library.